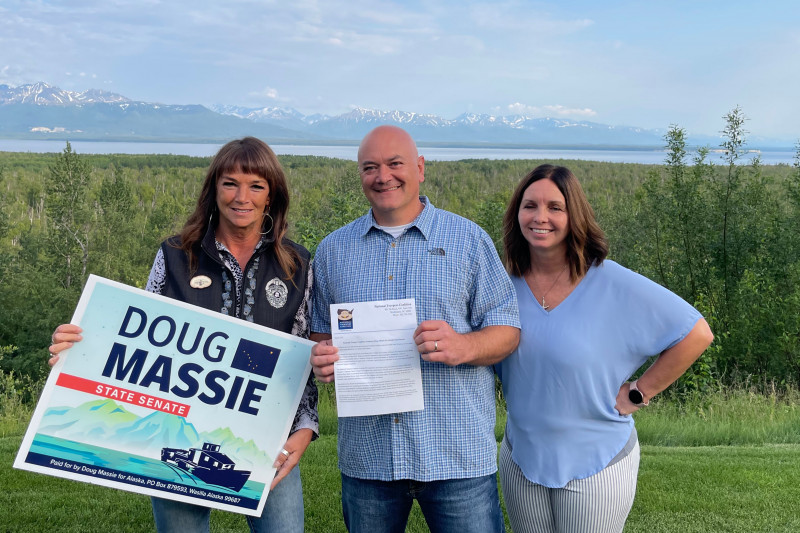 Today, Doug Massie officially kicked off his campaign for State Senate and he received nominations from the Public Safety Employees Association (PSEA) and the National Troopers Coalition (NTC).

Doug Massie Retired in May of this year as Director of the Alaska Wildlife Troopers after 25 years with the agency. Doug was a PSEA member and served as the Department of Public Safety Chapter President prior to his appointment as Director.

Additionally, Doug represented Alaska by serving on the Board of Directors with the NTC for eight years while he was with PSEA.

The Public Safety Employees Association and the National Troopers Coalition look forward to supporting Doug Massie in his campaign.